This Reminded Me of the Good Old Days 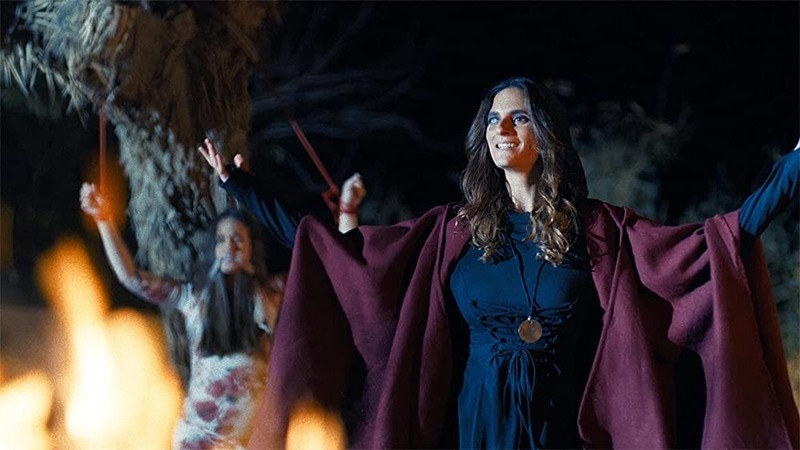 MOVIE REVIEW
Night of the Bastard

RAVING REVIEW: While not perfect, the film is an homage to many I grew up with. It reminds me of the days I would walk down the aisle at the video store, picking out a new horror VHS to watch based solely on its cover. There are enough surprises and insanity that make up for any shortcomings.

NIGHT OF THE BASTARD is a film that pays homage to the gritty, low-budget horror films of the 1970s. Set in the barren desert landscape, the film immediately establishes its eerie tone with a prologue that features a sacrificial ritual, foreshadowing the horrors to come.

The story follows a hermit, a man consumed by his solitariness, as he is thrust into a battle for survival when an injured stranger seeks refuge in his home. Together, they must defend themselves against a relentless pursuit by a bloodthirsty cult led by a terrifying and unhinged villainess who brings a sense of unpredictability to the film's climax.

The film's main protagonist is an antihero who is forced to confront his isolation and self-reliance to survive the dangers that threaten him and his uninvited guest. The lead actress also delivers a strong performance; she is subjected to various terrible events throughout the movie yet still fights her way through. The performances of both lead actors give the film a sense of realism, drawing the audience into the story and making them feel a sense of empathy for the characters.

The film's villain stands out, bringing a sense of unpredictability and insanity to the role. The audience is kept on the edge as they try to predict her next move. The film's climax is memorable, as it twists and turns unexpectedly, leaving the audience questioning what they just witnessed.

The film makes up for any lack of budget by going hard and dark, making it both entertaining and disturbing. NIGHT OF THE BASTARD is a throwback to the exploitation films of the 1970s, with its twisted plot twists and brutality throughout.

The film also explores more profound themes, such as the human condition and the consequences of isolation. The main protagonist's journey from a reclusive individual to someone willing to fight for others reflects the human capacity for change and the power of connection.

In conclusion, NIGHT OF THE BASTARD is a film that is both entertaining and intense enough that it will make most genre fans love it.