Some Bob Hope Classics for Your Viewing Entertainment 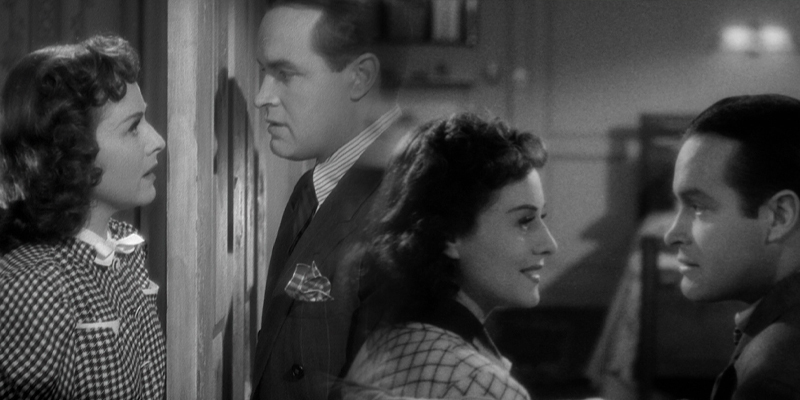 RAVING REVIEW: Two Bob Hope classic horror comedies for the price of one, released over 80 years ago, offer solid comedy and funny horror moments that hold up well even today. You’ll traditionally either like Bob Hope or you won’t; there’s not a lot of middle ground in his style.

THE CAT AND THE CANARY is a classic horror comedy released in 1939. The film follows the story of Joyce Norman, played by Paulette Goddard, who inherits a mansion from her eccentric uncle. However, to claim her inheritance, Annabelle must spend the night in the mansion with a group of strangers, who are also potential heirs. As the night wears on, strange and supernatural events begin to occur, and it becomes clear that one of the heirs may be a killer. (sound familiar?)

One of the standout aspects of THE CAT AND THE CANARY is its excellent cast. Hope is charming and funny as the bumbling hero, and Goddard is delightful as the plucky and resourceful Annabelle. The supporting cast is also strong, with John Beal, Gale Sondergaard, and Douglass Montgomery delivering memorable performances. The film's script is clever and well-written, with plenty of twists and turns to keep the audience guessing until the end.

Regarding production value, we get a mixed bag. The sets and costumes are lavish and well done, but the special effects are a bit dated by today's standards. However, this doesn't detract from the film's overall enjoyment, as the focus is more on the characters and their interactions rather than the supernatural elements. Not to mention that if you’re watching an 80-year-old film, you must know what you’re getting.

Overall, THE CAT AND THE CANARY is a delightful horror comedy that will delight fans of the genre. It's a classic example of the "old dark house" subgenre, and its wit and charm make it a must-see for any fan of vintage horror.

THE GHOST BREAKERS is another horror comedy by Bob Hope, released in 1940. The film follows the story of Larry Lawrence, a radio host played by Hope, who is sent to investigate a haunted castle. Along the way, he meets Mary Carter, played by Paulette Goddard, and the two of them set out to uncover the mystery of the castle's ghostly inhabitants.

Like THE CAT AND THE CANARY, THE GHOST BREAKERS boasts an excellent cast, with Hope and Goddard again delivering strong performances. The film's script is also well-written, with plenty of humorous and suspenseful moments throughout. The production values are also strong, with beautiful sets and costumes, and the special effects, while not particularly groundbreaking, are effective in creating a sense of spookiness.

One of the standout aspects of THE GHOST BREAKERS is its setting. The film's location setting adds a sense of exoticism and adventure to the proceedings. The film makes great use of this, with the castle providing the perfect backdrop for the film's supernatural events.