There's More to This Than the Surface Shows 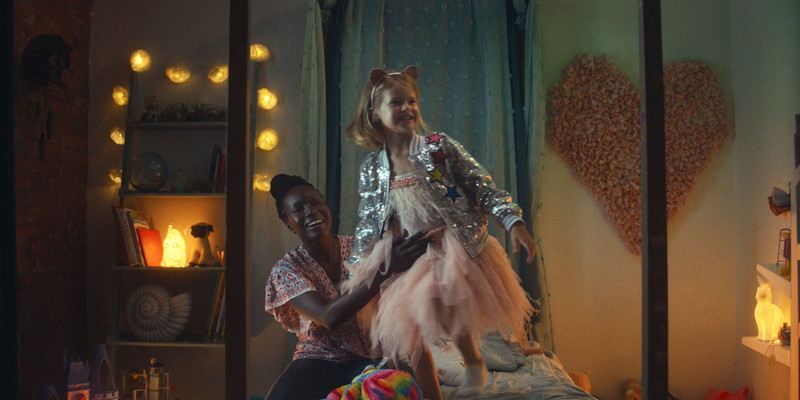 RAVING REVIEW: A film that strikes a balance between beautiful visuals and an explorative narrative that will keep you thinking throughout the film. The struggles shown on screen are so powerful that you can’t help but imagine the more complex emotions that are being explored throughout.

Directed by Nikyatu Jusu, this film explores the complexities of modern motherhood and the intersection of race, class, and gender. The film follows Aisha (Anna Diop) in what can only be defined as a career-defining role (this is after an already incredible performance in Jordan Peele’s US.) She has to balance life in New York City while caring for a child from a well-to-do family. The constant underlying unease is amplified by crushing realizations.

NANNY is, without question, a slow burn, taking its time to build its characters and their relationships, allowing the audience to fully understand and empathize with them. This slow-burn approach may not be for everyone, but it ultimately pays off with a more profound and rewarding experience.

The film also has some artsy aspects, with its dreamlike and surrealist elements adding a layer of abstraction. Traditionally, I’m not a huge fan of artsy movies, but it’s used with purpose here. This artistic approach is evident in the film's cinematography, which is both striking and evocative. The use of color and composition effectively conveys the film's themes and emotions. The lighting is a stand-out portion of the film that I don’t always notice but was impactful here.

Ultimately the film has a reason for being a slow-burn and arty. The deliberate pacing and artistic flourishes enhance its exploration of the complexities of the film's characters' battles. It also shows how society's constraints challenge mothers as well as caregivers. The film's dreamlike elements also add emotional depth, fully allowing the audience to experience the characters' struggles and triumphs.

Overall, Nanny is a thought-provoking and emotionally powerful film that deftly explores many themes. Its slow-burn pacing and artsy aesthetic may not be for everyone, but they ultimately enhance its exploration of its themes and characters.