Is This Our Future? 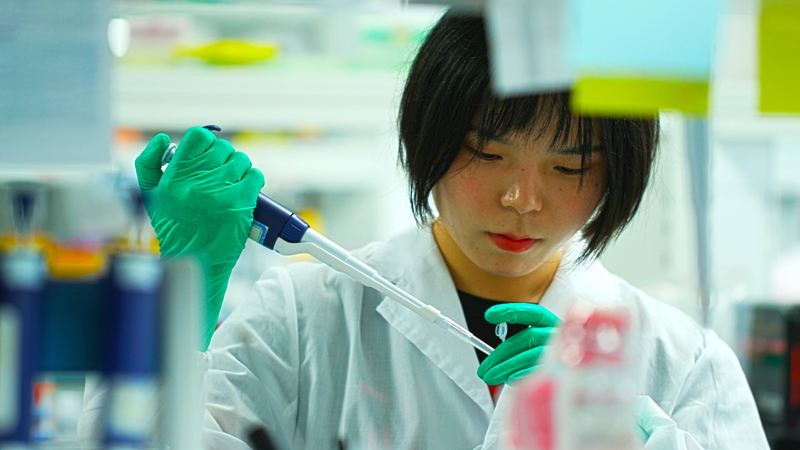 A genetic engineer focusing on her work in a government lab in China. [Image courtesy of Rhumbline Media]

RAVING REVIEW: A future where technology can fix all of our health issues. But wait, not everyone is on board with this; sometimes it’s okay to ask questions but putting a roadblock in front of life-saving technologies isn’t the way to go.

Directed by award-winning filmmaker Cody Sheehy, the film explores some fascinating and sometimes controversial uses of technology to enhance the human mind and body.

I was impressed with how many interviews they had throughout the film, from neuroscientists to lawmakers and everything in between; the film offers a wide range of perspectives on the subject. This makes for an exciting experience; the film is somewhere between a documentary and a sci-fi thriller (that’s leaked out into real life.)

The movie digs into the themes and dives into the benefits and drawbacks of using technology to enhance humans. Overall, the positives always outweigh the negatives in this reviewer's eyes. The ability to cure diseases and ailments that prevent people from leading everyday lives is worth the world. I will say that caution should be used, but as a whole, we should be moving forward with every advance we can.

Where some questions are raised would be in the world of fair play, we already live in a world where money can buy almost anything. What if we get to the point where money can buy physical enhancements that will allow one person to have a better life? It’s an interesting question, but it’s one we’re not too far removed from already.

Throughout the film, you constantly question if what you’re watching is real. I don’t know if that’s a negative or not. Often it feels like science fiction, but at the same time, we know it isn’t; this is real life. There are life-saving surgeries that some aren’t eligible for simply because they can’t afford them. This human flaw needs to be resolved before we advance technology so far that it becomes a tool to wipe out the poor.

Some terminology would be a stretch, but overall, if you have a basic understanding of science, you should be able to follow along pretty easily. This would be an excellent film for anyone interested in this type of science. While the topic of the film is rather heavy-handed, I think it was edited together so that pretty much anyone can follow along.