A Story We Shouldn't Have to Be Reminded Of

by Chris Jones
Published on December 6, 2022 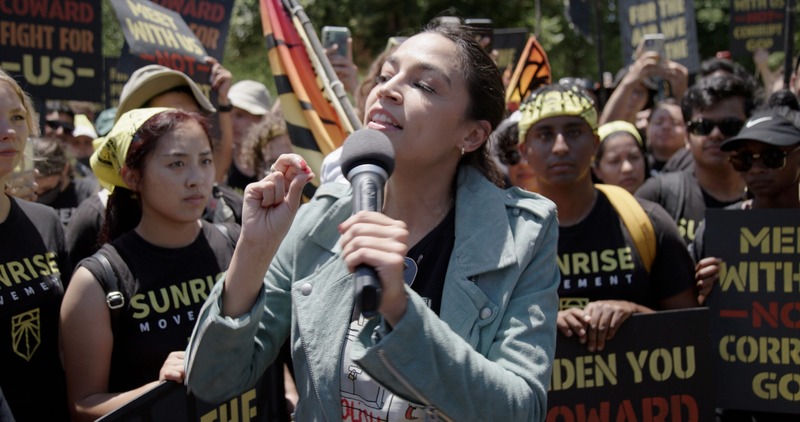 MOVIE REVIEW
To the End

RAVING REVIEW: A film screaming a message so many don’t want to hear. When something isn’t convenient for their current narrative, the fight to save this planet isn’t political, yet that’s the unfortunate road it has gone down. If you’re arguing against those who have studied it their entire life, it isn’t your opinion; you’re just wrong.

This film isn’t just about Representative Alexandria Ocasio-Cortez, although she sometimes takes center stage. Instead, it’s about a group of individuals set to correct the wrongs of so many generations before theirs. From Rhiana Gunn-Wright, Alexandra Rojas of Justice Democrats, and Varshini Prakash of Sunrise Movement, we see the fight taken to the street level to create change.

This film shouldn’t have needed to exist in the first place; sadly, we see these documentaries that attempt to fight the good fight every year—telling the ongoing battle of saving this planet in a world where everything has become politicized. Climate change isn’t a left vs. right fight, but it has become like so many scientifically proven facts.

This fight takes one step forward and ten backward; I fear for the future, not so much mine but for the children who will ultimately suffer the fallout from the lack of action to prevent these changes. So many little things could be done, but those in power care more about their pockets than the future. Sure, paper straws and biodegradable soda rings will see a tiny change. Still, multimillion-dollar corporations spewing tons of chemicals into the air, water, and land are the ones who will ultimately spell doom for the future.

I wish the film had focused more on the changes. Sadly the band-aids that have passed since the original Green New Deal was shut down are little more than crumbs tossed to the masses for them to feel like they’ve gotten a victory. The government, for the people, often forgets its responsibility and ultimately paints a sad picture for future generations.