Friends Will Always Be There for You 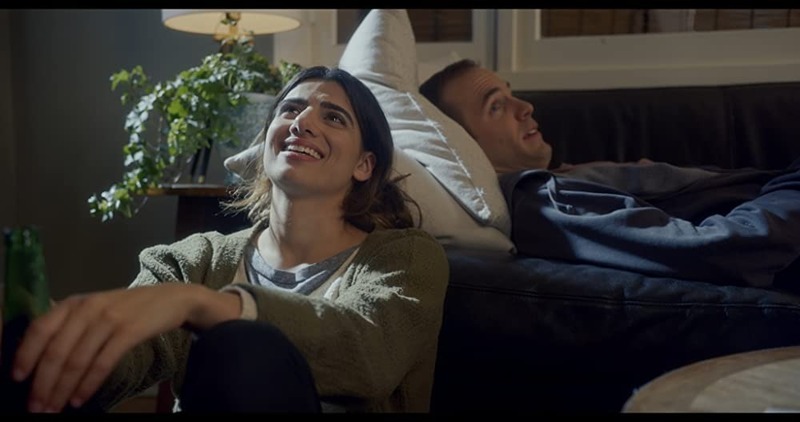 RAVING REVIEW: How far would you go for a friend? We find out in one of the year's most intimate and telling stories.

When I requested a copy of this film to review, I was going in sight unseen, having only seen a still from the movie. Unless this is your first review of mine you’ve read, you know that I like to go in as blind as possible to movies. That ended up being a great choice here; I didn’t have any expectations; if I had, I would imagine they all would’ve been exceeded.

Claudia Doumit (TIMELESS) as Zoey gave an incredible performance; I can’t remember being so intrigued by an onscreen character's story. She switched from drama to comedy, to drama, and back seamlessly. The pairing of her character and Blake Scott Lewis’ (who also co-wrote the film) Dylan were the perfect “odd couple” friends that, despite the odds, remain friends.

While there are other people in the film, the story is between these two, and anyone else is incidental (not to say they weren’t good performances, but the focus was clear.) I don’t often rewatch movies (especially with the number of movies I watch now), but I have this undying urge to watch this again and see what I may have missed the first time.

The film's story was incredibly personal but impactful at the same time. The emotions you feel while watching range from pure joy to anger and everything in between. One of the best scenes I’ve seen this year is a conversation Dylan & Zoey have poolside while slightly intoxicated. Fair warning, the film covers some topics that may be triggering to some. While the visuals aren’t there, the description of the scene can cause a very emotional response.

I can’t wait to see more reactions to this film; I genuinely want to know what others think of it. If it was something I connected with personally or does the story had a broader general appeal. If you get the opportunity, this has my full recommendation.

I’m always happy to hear from my readers; please say hi or send me any questions about all things movies.